It’s already the last week of class of the semester, the art students are presenting their final projects, and there is some Christmas feeling in the air! This also means that it’s one of the last weeks in Berlin for most of us before going home. So why not try to have some fun before it? 7 on- and off-campus recommendations for the coming week! 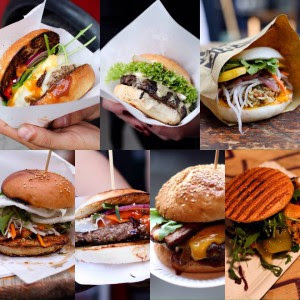 This party concept, celebrating its 2nd birthday this Saturday, praises the marriage of two of the finest things: Burgers & Hiphop. It’s simple: there’s a burger contest with what they the “ultimate all-star-burger-line up” : brot & zeit Pop-up Biergarten, District Mot, Ban Ban Kitchen, Piri’s, Gorilla Barbecue and royals & rice – and at the same time there’s a hiphop/ R’n’B DJ. The occasion to taste fine street food and party all night in one event!

Once a year, at Arena Berlin, the Japanese Christmas Market celebrates Japanese culture, food, and traditions. A nice way to get a different perspective on the Christmas feeling rising in Berlin! However, I must warn you that it is usually really crowded, so get your tickets in advance! “Students in the class ‘Performances and Practices of Postdramatic Theatre in Germany’ and their instructor Julia Hart warmly invite you to their final presentations this Monday in the Factory. Snacks and wine will be provided!” 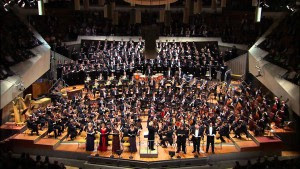 “In the foyer of the Philharmonie, a concert series has been running since October 2007: the Lunchkonzerte – Lunchtime Concerts, which are happening again this year every Tuesday at1 pm, between 9 September 2014 and 23 June 2015. Chamber music of supreme quality with free admission and good food – that’s the idea behind these concerts, and it’s been exciting Berlin’s finest musicians. The 40-50 minute programmes feature not only members of the Berlin Philharmonic and scholars of its Orchestra Academy, but also instrumentalists from the Deutsches Symphonie-Orchester and the Staatskapelle Berlin along with students at Berlin’s music conservatories. The lunchtime concerts are not only ideal for working people looking to relax during their midday break, but also for music-loving tourists seeking to recover from sightseeing, for seniors shying away from a late trip home after an evening concert, and indeed for anyone who’d like for once to experience these musicians in a relatively private and intimate setting, away from “official” musical events. “

INFO:
WHEN: every Tuesday, 1pm
WHERE: Berliner Philharmonie, Herbert-von-Karajan-Straße 1, 10785 Berlin
HOW TO GET THERE FROM CAMPUS: Take the M1 to S+U Pankow and the U2/S2 to S+U Potsdamer Platz
PRICE: free!
MORE INFOS: http://www.berliner-philharmoniker.de/en/concerts/calendar/details/22687/ 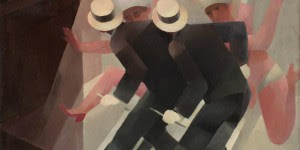 This exhibition reflects through paintings and drawing the mood of Berlin’s carzy 1920’s! “Dancing on the Volcano” is more than just the title of a Berlin film production from 1938. “Dancing on the volcano” also describes, as no other phrase can, the mood and social climate in the 1920s, particularly in the pulsating metropolis of Berlin. It was a tumultuous period between monarchy and dictatorship, between luxury and misery, between war and peace. Driven by the social and political upheaval of the Weimar Republic, it was also a period of diversity in every area of culture that is almost unparalleled in history, as the exhibition at the Ephraim-Palais shows.

INFO:
WHEN: 12am – 8pm
WHERE: Poststraße 16, 10178 Berlin
PRICE: 4€ for students
HOW TO GET THERE FROM CAMPUS: Take the M1 to S+U Pankow, and the U2 to U Kolsterstr.
MORE INFOS: http://www.stadtmuseum.de/ausstellungen/tanz-auf-dem-vulkan

“What started out as an experiment with a planning period of not more than two months last year has grown and evolved this year, and the Berlin Art Film Festival now happily returns with a total of 47 films – which is 20 more than last year.And the basic parameters haven’t changed: new and older films that show Berlin differently; experimental, unconventional, lesser known, braver, edgier, more controversial art cinema with one well-known protagonist. Last year, the theme of the festival was: “from poetry to porn”. This year, they’re adding „politics“ to the alliterations – not just because it sounds fancy, but because we live in hard times and would like to open a cinematic discourse to (not only) Berlin-related topics like the crisis of Europe (wrongly called refugee crisis by most media) and the fact that a once affordable Berlin is turning into another gentrified metropolis where cheap living space is rare. But there’s more news: For the first time, all programmes have titles and more specific themes, there is a book launch, a kids screening for busy parents who love art films (Matinee) and collaborations with amazing galleries like Galerie Buchholz and KOW.”

INFO:
WHEN: From Dec. 10th to Dec. 12th every evening
WHERE: Moviemento, Kottbusser Damm 22, 10967 Berlin
HOW TO GET THERE FROM CAMPUS: Take the M1 to U Rosenthaler Platz, and the U8 to U Schönleinstr.
PRICE: 7€ for students
MORE INFOS:
http://berlinartfilmfestival.de/ 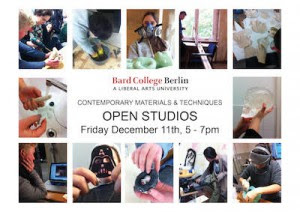 “Please join our open studios event for Bard College Berlin’s sculpture class ‘Contemporary Materials and Techniques’ instructed by John von Bergen…
What is the life expectancy of a human skull once it is replicated out of ice?
How does a hungry house cat react once he encounters his meal as a sculpture?
What is one possible way to rediscover childhood walking routes, through materialized, topographical structures?
How does one represent a 21st Century self-portrait that is based on social media?
… these are just some of the questions raised by the students during this fall semester. Their projects are questions, responses, and explorations that invite a range of experiences through sculpture, installation, photography, drawing, video, and computer-based art.”