After the release of Bong Joon-ho’s Parasite, there was a buzz around one rather unexpected scene. There is one scene in the film where a dish called Jjapaguri is prepared. The scene itself is humorous while carrying an underlying satirical tone, but the Korean audience swarmed around this scene to offer a different kind of interpretation. Although this interpretation may have been unexpected for the film’s international audience, it came very naturally for its Korean audience: mukbang. 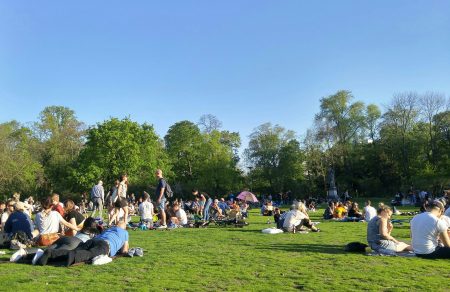 “I’m going to the Thai Market.”
I didn’t react with a start. I merely cast a brief glance at the eager visitor in the doorway of my room and nodded silently, hopefully a nod that conveyed, “Have fun.” I was sure that I had heard incorrectly; the idea of home in a city so far away from the likes of my past seemed impossible. I returned my eyes to my computer screen, continuing my fervent search for activities in which I could partake on my first weekend in Berlin. I had an especially vigilant eye for anything that indicated hints of home.
“Do you want to come along? I could really go for Thai food right now.”

The fields have been drained, and it is only a matter of time now until the fields can dry no more and are ready for harvest.