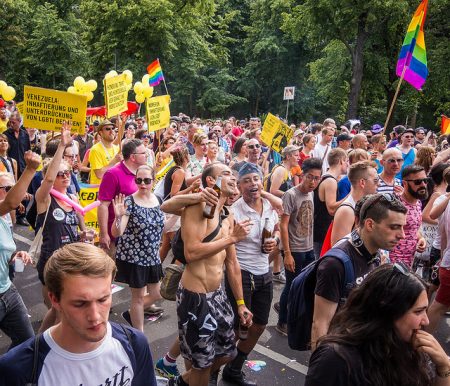 Attending the annual Berlin Christopher Street Day Parade this past weekend marked my second experience with the increasingly global phenomenon of LGBT Pride. My first experience took place in my home city, Boston, USA, in the summer after I graduated high school. I remember the anticipation leading up to this first exposure to LGBT cultural

In the context of the two recent Liberal Arts days on BCB’s campus that sought to examine the meaning of liberal arts studies and the role of discourse within them, a recent op-ed for The New York Times titled “The Dying Art of Disagreement” was shared with the student body. In his speech, former Wall

Various Caribbean island states and the southern coast of the United States were devastated this summer by a sequence of catastrophic hurricanes. Killing roughly 241 people, hurricanes Irma, Maria, Harvey, and Jose wreaked havoc on the lives of thousands, literally sweeping away livelihoods and costing 100s of billions of US dollars in damages. Mainstream media